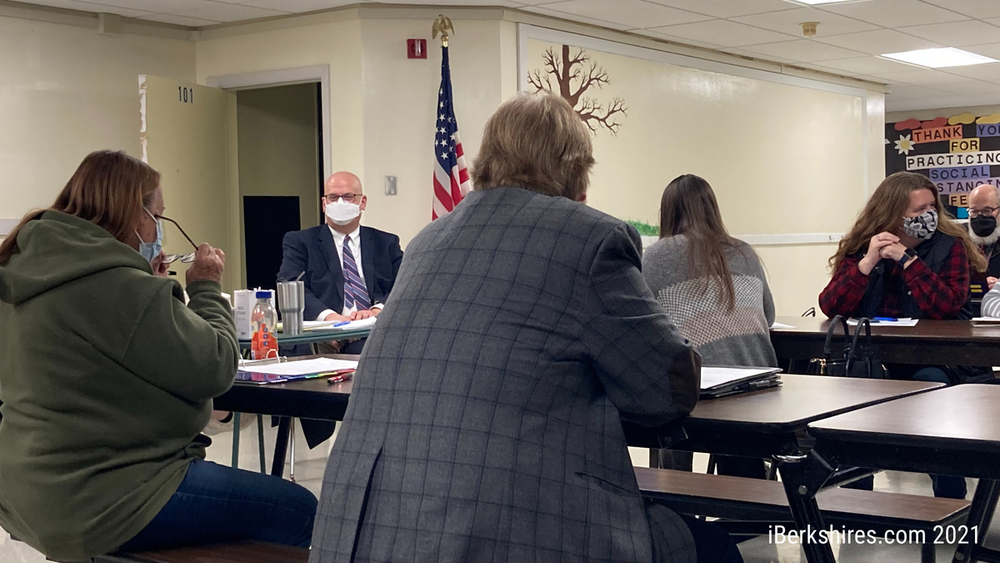 On Monday, school committee members from the five towns that compose NBSU formed a subcommittee to develop a list of steps and questions that need to be answered before it will consider expansion.

The union has had overtures from members of the Hawlemont Regional School Committee about joining the group, which currently includes Clarksburg, Florida, Monroe, Rowe and Savoy.

Hawlemont is a district that includes the towns of Hawley and Charlemont and shares resources with the Mohawk Trail Regional School District to the east.

This fall, representatives of the Hawlemont School Committee approached NBSU to the west about the possibility of joining their shared services agreement.

On Monday, a joint meeting of the NBSU school committees concurred that they need more information before taking that step. But rather than focus directly on the Hawlemont proposal, the School Union Committee opted to create a framework for considering such a request.

One member from each of the member school committees was appointed to develop a proposal for a procedure and bring it back to the full group for approval as soon as January.

Chair Judy Oleson, who serves Florida, said a conversation last month with members of the Hawlemont committee showed the district was not ready to make a formal proposal to NBSU.

"I got a list of questions from people in Hawlemont asking if teachers were going to be traded back and forth or students would be bused over the mountain. People haven't given them the bottom line of how a union works. It's important that they learn that."

NBSU Assistant Superintendent of Operations and Finance Jennifer Macksey indicated that adding new school districts might mean expanding the staffing at the central office, which is headquartered in North Adams.

"It's important from an operations point of view that we evaluate what bringing another school on does to the school union office," Macksey said. "We're a little taxed now, and it works because we're all veterans and know what needs to be done. But we're pretty much maxed.

"And, building wise, we don't need to inherit another old building because we don't have a centralized facilities department, as well. The things that go on behind the scenes are as important as what goes on in the classroom, from my perspective."

Superintendent John Franzoni said a facilities director for the school union was one of the recommendations that came out of feasibility study done when Clarksburg was looking at a potential merger with the Stamford, Vt., district.

Franzoni said he had shared some of the concerns about the unknowns of a merger with officials in Hawlemont. He also told them to consider what services they currently receive from the Mohawk Trail Regional School District that either would need to be replicated by NBSU or done in house by Hawlemont staff.

In other business on Monday, the School Union Committee re-elected Oleson as chair and elected Savoy's Arleigh Cooper vice chair.

The committee also went into a brief executive session and returned to open session to approve an agreement to release Macksey and Director of Student Services Stephanie Pare from their contracts on Dec. 31.

Pare, who was appointed last year, is taking another job in education, Franzoni told the committee. Macksey earlier this month was elected mayor of North Adams.

Earlier in the meeting, Macksey told the committee that she is currently focusing on closing out the district's fiscal 2021 books, which are delayed due to issues at town hall in one of the member towns.

"I'll be here until Dec. 31, so I'll get you all squared away before I go," Macksey told the committee.

She also presented the School Union Committee with information on the split that will be used to distribute shared costs among the five schools in FY23.

The numbers, based on student enrollment, will largely stay the same as in the current fiscal year that ends on June 30, 2022. Clarksburg and Rowe will see declines in their share of the cost — from 51 percent to 49 percent for the former and from 17 percent to 15 percent for the latter. Florida will see a jump of 2 percent, from 18 percent to 20 percent; Savoy and Monroe each will go up by 1 percent, from 12 to 13 for Savoy and from 2 to 3 for the district's smallest town.

Macksey also reported on the distribution of more than $630,000 in grants that the union received in fiscal 2021.

"Jen and Steph have been a great team finding grants to support our special education learners. … As we know, we don't always get in our rural schools the funding at an equitable level with the larger districts."